Egyptians to mark Nakba with a march to Palestine
Posted on 09 May 2011.

On 15 May, the annual commemoration of the creation of the state of Israel and the expulsion of Palestinians, known as Nakba, Egyptians plan to march to Palestine under the slogan “Cairo’s liberation will not be complete without the liberation of Al-Quds [Jerusalem].”
Following Egypt’s January 25 Revolution, Egyptians are pushing for some of the country’s foreign relations policies to change, especially those related to Israel and Palestine. Aid or protest convoys to Gaza were frequently stopped or arrested during the Mubarak era by the ousted president’s regime, and now for the first time since the revolution thousands of activists are planning to march to the Rafah border town.
Ahmed Doma, member of the Justice and Freedom Youth Movement, said “we are organising this event as part of the Arab internet call for a third Palestinian Intifada and as part of what has now been termed ‘the Arab mass march’.” The call went out on Facebook for all Arabs to march en masse towards the borders to besiege Israel from Egypt, Lebanon, Syria and Jordan and demand the right of all Palestinian refugees to return.
The Egyptian convoy departing from Cairo added several demands besides the right of return, including the permanent opening of the Rafah border to allow the movement of people and goods; ending the export of Egyptian gas to Israel; ending all “humiliating agreements with the Zionist state;” and releasing all Palestinians in Egyptian prisons.

The Cairo march will start in Tahrir Square, the hub of Egypt’s revolution, on 14 May at 12pm and is expected to reach Gaza in the evening and to join the Nakba rallies in Gaza on 15 May.
Parallel to the march to Palestine, demonstrations are planned in front of the Israeli embassy in Giza and the ambassador’s house in Maadi.
Arwa, member of “We are All Resistance,” says “other convoys heading to Palestine are moving from Alexandria, Suez, Damietta and North Sinai. People will also join convoys from Gharbiya, Beni Suef, Assiut, Qena and Sohag.”
The groups participating from Cairo include The National Front for Justice and Democracy, Supporters of the Palestinian Revolution (Cairo University), Justice and Freedom Youth Movement, Kifaya, We are All the Resistance Movement, Resistance Movement (Helwan University), a group of Ahly Club football Altras, likewise a group from the Zamalek Club (White Knights), Activists for Palestine, The Palestinian Women’s Coalition, April 6 Movement and The Nasserist Party. Several independent activists are also organising and publicising the event.
Posted by www.blackbirdpressnews.blogspot.com at 5:28 PM No comments: 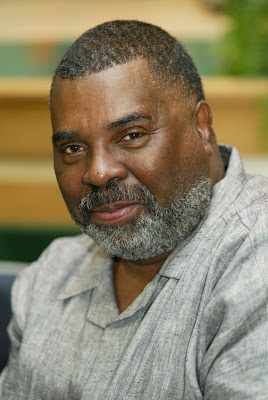 The Revolution Against Fear

"The only thing to fear is fear itself."--President Roosevelt

No human progress is possible while people are paralyzed by fear. Fear is the great monster of the mind that prevents people from standing against oppression. Once the great monster fear is cut off, we see people can stand tall in the face of any challenge, whether from the guns of state terror, the tanks, police, jails, prisons and ultimately death. Overcoming the fear of death is the ultimate challenge of man. Once a man or woman accepts that his/her life and death are all for God, transcending the self, fear is discarded into the dustbin of history.

We see this occurring in North Africa and the Middle East at this hour. The people have cast off the illusion of fear and are standing tall against oppression from regimes long supported by American Imperialism. America has been the major arms supplier, the guns, bullets, poison gas, equipment for torture chambers and dungeons that were established to allow the most wicked and repressive regimes to flourish for the last forty years.

Let us be clear that America has a history of oppressing its own citizens, of filling their bodies and minds with fear, of reducing them from Kunta Kinte to Toby en mass. We have yet to learn the true story of resistance to the American slave system by North American Africans, who mastered fear during three centuries of chattel enslavement, not recognized as humans or citizens. And yet from within the slave system, North American African resisted by any means necessary, ultimately taking up arms in the Civil War, only to be betrayed by those who won the war and those who were defeated, especially when the 200,000 African soldiers were disarmed.

It is this disarming that allowed fear to return in the from of state terror in the guise of the KKK, the lynchings, virtual slave labor and disenfranchisement during the short lived Reconstruction.

Imagine, for a time the people who were banned from learning to read and write, upon emancipation exercised a thirst for learning so great the children had to be beaten out of the classroom and made to go home. Today we have flipped the script, the children must be beaten or taken to juvenile hall for refusing to attend school. School districts have gone broke because their daily attendance was so low they could not qualify to fund their budgets.

How did the fear of knowledge become pervasive? How did it become a hip fad to be ignut? We need only examine the lives of men who read books and not only transformed their lives but the lives of their people, e.g., Fredrick Douglass, Malcolm X, George Jackson, Eldridge Cleaver. These men cast aside their fears, stood up and made their people stand. Imagine the eternal words of Harriet Tubman, "I could have freed more slaves if they had known they were slaves."

The 2.4 million people in US jails and prisons are special examples of the fearless. Most people who commit crimes are somewhat fearless, otherwise they would not take penitentiary chances, as they say. Those addicted to fear may be those who decide to hold down a job, to never consider economic independence, until of late when it is crystal clear the job for life is a myth.

We see a college education is no guarantee of a job. Our children will thus need to cast away their fears to configure a fair market system of economic justice. Free market capitalism is exhausted, surely America and her gang of global bandits are in their last days before being rounded up and divested of their ill gotten gains.

By what right should 400 people possess the wealth equal to 150 million? There must be a redistribution of the wealth stolen from the deaf, dumb and blind, yes, those robbed and left half dead on the roadside, those who are victims of American capital accumulation since the beginning of the slave system, i.e., the founding of this nation.

And yet the greatest robbery is not what occurred yesterday, but the robbery of the present global finance bandits who have ripped off the people with their pyramid schemes and sub prime loan scams that stole trillions from people and nations, since the blood suckers of the poor care nothing about people or nations.

The jobless and homeless of today will not rise from this condition until they cast away all fears and seize the means of production and the housing they need. Every human being needs a job and a dwelling. There is no mystery about the human right to a job and a place to stay.

A society that cannot provide its people with economic security shall have no national security, for it is a failed society, a society in chaos, such as we see in America today. There are almost three million people in prison, mostly due to economic crimes, crimes of necessity.

And yet many of these criminals are fearless, some have the very creative minds we need to address the issues of society. And yet they are locked down, many for the most trivial offences, 80% were drug addicted at the time of their arrests and perhaps 50% have severe mental health issues, so what we have in American prisons and jails are drug addicts and the mentally ill or the dual diagnosed.

Still, we have seen that some of our greatest minds came from prison, recall Malcolm, George Jackson, Eldridge, Tookie. Even today we have millions of fearless minds locked down, e.g. Ruchell McGee, and so many other men and women, not to mention our greatest mind on death row, Mumia Abu Jamal. If a man can be productive as Mumia has been on death row, what excuse do we have out here on the big yard?

As Amiri Baraka asked, "Is it difficult for you?" And so I ask, is it difficult for you out here on the big yard? I especially ask the people of the Bay Area who have the legacy of the Black Panther Party who taught one essential lesson which was to discard our fears and stand tall in the face of oppression, is it difficult for you? I say smash your fear of the police, politicians, blood sucking merchants who refuse to hire you yet you do not protest. Challenge the oil and gasoline bandits who reap quarterly profits in the billions by manipulating the markets. But no, you won't dare confront Shell, Mobil, Exxon, Chevron, but you want to kill a brother who jumps ahead of you in the line at the gas station.

It is time to be informed and fearless. Use your cell phone to be informed, Google words you don't understand rather than spend the entire day asking your mate, "Where you at?" Ask yourself where your mind is at, where is your heart and soul at? Where is the fearlessness of your ancestors at?
--Marvin X
5/5/11
Posted by www.blackbirdpressnews.blogspot.com at 7:08 AM No comments: