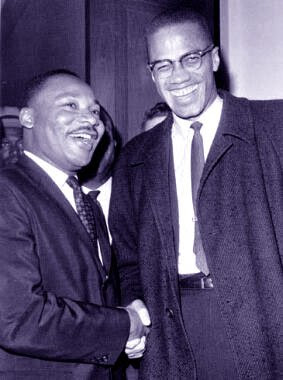 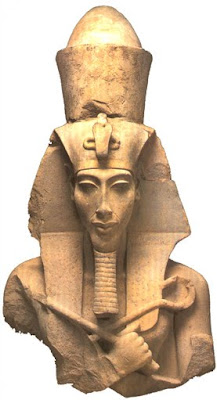 Hymn to the Sun

Homage to thee, O Ra, at thy tremendous rising!
Thou risest! Thou shinest! the heavens are rolled aside!
Thou art the King of Gods, thou art the All-comprising,
From thee we come, in thee are deified.

Thy priests go forth at dawn; they wash their hearts with laughter;
Divine winds move in music across thy golden strings.
At Sunset they embrace thee, as every cloudy rafter
Flames with reflected color from thy wings.

Thou sailest over the zenith, and thy heart rejoices;
Thy Morning Boat and Evening Boat with fair winds meet together;
Before thy face the goddess Maat exalts her fateful Feather,
And at thy name the halls of Anu ring with voices.

O Thou Perfect! Thou Eternal! Thou Only One!
Great Hawk that fliest with the flying Sun!
Between the Turquoise Sycamores that risest, young for ever,
Thine image flashing on the bright celestial river.

Thy rays are on all faces; Thou art inscrutable.
Age after age thy life renews its eager prime.
Time whirls its dust beneath thee; thou art immutable,
Maker of Time, thyself beyond all Time.

Thou passest through the portals that close behind the night,
Gladdening the souls of them that lay in sorrow.
The True of Word, the Quiet Heart, arise to drink thy light;
Thou art To-day and Yesterday; Thou art To-morrow!

We congratulate our brothers and sisters, but most especially the youth of Egypt who advanced the Egyptian Revolution to end forever neo-colonialism or the modern slave system. There is no doubt the role American imperialism played in the thirty year oppression of the Egyptian Nation. Down to President Obama, American imperialism would have been more than satisfied to prolong Egyptian oppression. The hypocrisy of American imperialism was evident in the wishy washy way America tried to decide what was in her national interest: to continue giving Mubarak a lifeline or let him hang since it was evident his cause was lost. America was content with the status quo, in harmony with Mubarak. America diddled and daddled til it was evident she was with Mubarak, had been for thirty years, but crossed the line to the people only after it was announced Mubarak had departed. Obama played his frequent role of Hamlet, to be or not to be with the people. When will he decide to be part of the solution or part of the problem? His schizophrenia is profound and laughable, tragi-comic, really.

America knows her relationship with Egypt must change, that she can no longer impose her will of submitting the Muslim nation to humiliation with respect to Israeli intransigence, again, she is attempting to stall the liberation of Palestine until it will be too late. The Arab masses long ago decided Palestine must be liberated along with their own lands that must be simultaneously cleansed of putrid regimes occupied by bootlickers, running dogs and other vicious sycophants.

What must we learn from the Egyptian revolution? Sun Ra taught me we are the Latter Day Egyptian Revisionists. Our culture is essentially Egyptian, not only by way of Greece but Africa as well. Diop taught us that culturally, linguistically, philosophically, spiritually, we are Egyptians, for what is Christianity but rehashed Egyptian religion, by way of Greece but infused with the Diaspora African sensibility, expressing the fundamental myth of Osiris, the savior god who was crucified then resurrected. After Osiris, at least sixteen crucified saviors came to the world in various countries and lands. Thus the savior god is a basic myth or story. But our very existence is a demonstration of Osirian mythology. Our essential narrative is the how we survived the cross and the lynching tree, as Rev. James Cone explained to Bill Moyers. Here in the wilderness of North America we have been almost daily crucified yet resurrected and have now ascended to the White House, but it is a Pyrrhic victory that shall be short lived in the manner of Sisyphus who went up the mountain but was forced down by his adversary. Only eternal vigilance shall enable us to maintain stability on the mountain top.

What we learn from Egyptian Revolution is what we already know. We are the Egyptians and the Egyptians are us. In the tradition of Martin Luther King, Jr., the Egyptians exercised 18 days of non-violence, the essential Ghandi/King philosophy. How wise are the Egyptians? Surely seven thousand years of civilization can be functional once the oppressed man and woman decide to jump out the box of oppression, nothingness and dread and reconnect with their culture and civilization. Consciousness of culture and tradition can propel one forward into a another space/time dimension.

Yes, they borrowed from the North American African Revolution of the 50s and 60s, understanding that non-violence can be a powerful weapon in the liberation of a people. Elijah Muhammad taught us our unity is the greatest weapon we have. With unity we do not need to fire a gun. The Egyptians did not fire a gun in 18 days of protest but used non-violence to seize back their humanity from the grasp of Seth or the powers of darkness, Sun set.

And now Isis steps forward to join in the reclamation of her man's humanity, his penis has been chopped and discarded in the forests of Lebanon. And so it is, the Egyptians displayed the woman standing with her man, children, elders, at points ahead of her man, but she must reclaim her role as queen. She must advise the king in all matters of which he is ignorant. No more oppression and suppression of her dignity as a royal spiritual being in human form.

Equally, the North American African woman is ahead of her man but she must make Jack jump out of the box of his negrocities, lethargy, passivity, sloth, negativity, jealousy and envy.

Only in this way shall he and she be able to find their way to Tahrir Square in the Americas. Liberation can come tomorrow morning, didn't you see what the valiant people of that African Nation have done--Egypt is in Africa, for those who didn't know, last time I checked, 18 days and it was over. When the people stood up, the tyrant stood down. In physics, two objects cannot occupy the same space at the same time!

Fanon said revolution is the only solution to the mental health issues of the oppressed. To engage in social justice is to begin the process of healing from the manic depression of oppression. It is the stress, trauma and grief, the pervasive hostile environment the oppressed must endure that makes his and her persona a pitiful specimen of the addicted personality, addicted to the white supremacy slave system of wage slavery compounded with conspicuous consumption, to the degree we are all exactly like the Egyptian, crucified, stunted, infantisized, who no doubt only decided to revolt after seeing his little brother in Tunisia, because he too was similarly victimized, tortured, physically and mentally, by the regime of Seth, the devil, darkness, sunset.

Let the Sun Hymn in praise of the One God be heard.

How manifold it is, what thou hast made!
They are hidden from the face (of man).
O sole god, like whom there is no other!
Thou didst create the world according to thy desire,
Whilst thou wert alone: All men, cattle, and wild beasts,
Whatever is on earth, going upon (its) feet,
And what is on high, flying with its wings.

The countries of Syria and Nubia, the land of Egypt,
Thou settest every man in his place,
Thou suppliest their necessities:
Everyone has his food, and his time of life is reckoned.
Their tongues are separate in speech,
And their natures as well;
Their skins are distinguished,
As thou distinguishest the foreign peoples.
Thou makest a Nile in the underworld,
Thou bringest forth as thou desirest
To maintain the people (of Egypt)
According as thou madest them for thyself,
The lord of all of them, wearying (himself) with them,
The lord of every land, rising for them,
The Aton of the day, great of majesty.

Posted by www.blackbirdpressnews.blogspot.com at 6:03 PM